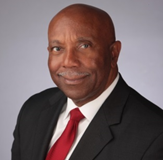 Edward R. Jones was sworn in for his third consecutive term as the 7th mayor of the city of Grambling, Louisiana, on January 2, 2019. He had previously served eight years (two terms) on the Grambling City Council and as Mayor Pro Tempore during his second term. He is primarily focused on economic development and growth and enhancing the lives of the city’s 5,000 plus citizens.

Prior to becoming an elected official, Mayor Jones spent nine years as a public school teacher in California and Louisiana.  He later joined the English faculty at Grambling State University, a position from which he retired after twenty-five years of service.   He is also a former real estate an insurance agent, Farmers Home Administration-certified apartment manager, and the former owner of a AT&T and Sprint franchise.

Back to Other Team Members